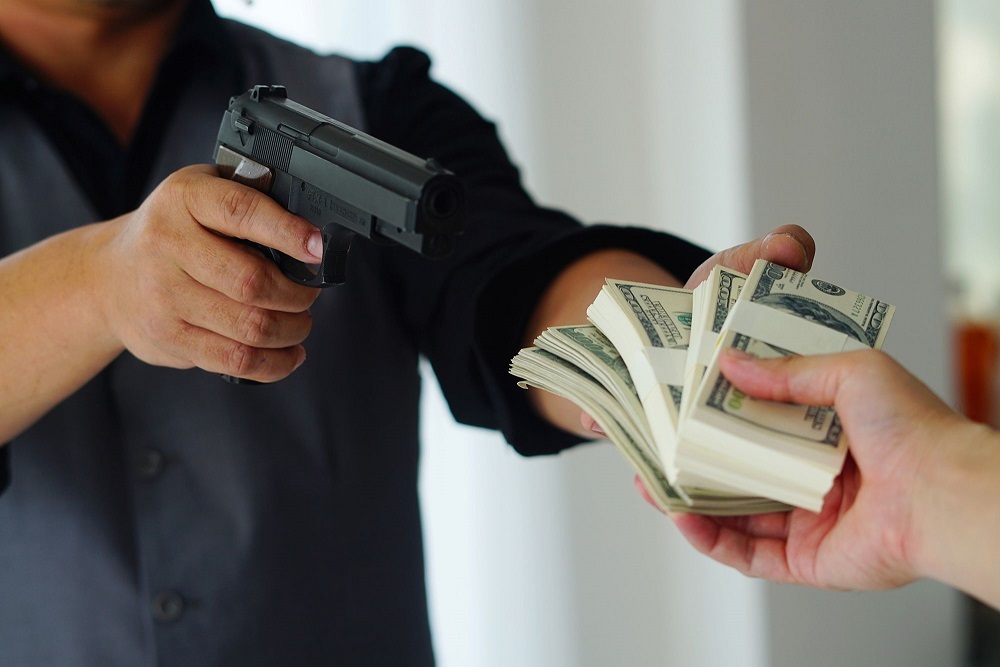 U.S. Attorney's Office for the District of Maryland issued the following announcement on Jan. 16.

The guilty plea was announced by United States Attorney for the District of Maryland Robert K. Hur; Special Agent in Charge Jennifer C. Boone of the Federal Bureau of Investigation, Baltimore Field Office; and Commissioner Michael Harrison of the Baltimore Police Department.

According to Adams’ guilty plea, he served as the getaway driver in connection with two armed bank robberies committed by his two co-defendants.  On January 23, 2019, Adams drove his co-defendants to a bank in the 3600 block of Boston Street in Baltimore, in a car he had rented two weeks earlier.  Adams’ co-defendants were each armed and wore masks and gloves when they entered the bank.  The robbers told everyone to put their hands up and one of the robbers approached the victim teller, pointed his firearm at her, and demanded $100 dollar bills and “loose bills” from the bottom drawer of the till.  Meanwhile, the other robber held the customers and other bank employees at gunpoint in the lobby area of the bank.  The victim teller handed over the cash and the robbers ran away.  As they ran through a parking lot adjacent to the bank, they accidentally dropped more than $5,000 in cash.  They then got into the gray car driven by Adams, who had been waiting for them, and Adams drove them away from the area.

On February 1, 2019, Adams drove his co-defendants to a bank located in the 2900 block of O’Donnell Street in Baltimore, in a 2006 Chevy Monte Carlo that was registered to Adams.  Adams’ co-defendants entered the bank armed with the same firearms they had used in the previous robbery and again wore masks and gloves to conceal their identities.  The robbers pointed their firearms at the tellers and demanded money.  After the tellers handed over cash from the till, the robbers demanded more cash.  The tellers provided the robbers with cash from the bank’s vault and included a GPS tracker, which was activated.  The robbers fled the bank and got into Adams’ car and Adams drove them away from the bank.

Baltimore Police Department (BPD) units responding to the robbery were provided with the GPS tracking information and located the vehicle with Adams and his co-defendants inside.  All three were arrested.  At the time of their arrests, one of the robbers had the gun used in the robbery on his person.  A subsequent search of the vehicle recovered the second firearm and a blue backpack containing the cash stolen during the robbery and the GPS tracking device.  Later that day, a search was executed at Adams’ residence which recovered clothing and a leather duffel bag used during the first robbery.

Adams faces a maximum sentence of 25 years in federal prison for aiding and abetting armed bank robbery, and faces a minimum mandatory sentence of seven years in prison and a maximum of life in federal prison for aiding and abetting the brandishing of a firearm during a crime of violence.  Actual sentences for federal crimes are typically less than the maximum penalties.  A federal district court judge will determine any sentence after taking into account the U.S. Sentencing Guidelines and other statutory factors.  U.S. District Judge Deborah K. Chasanow has scheduled sentencing for April 27, 2020 at 3:00 p.m.

Adams’ co-defendants are scheduled to go to trial on June 1, 2020.  All three defendants remain detained.

This case is part of Project Safe Neighborhoods (PSN), a program bringing together all levels of law enforcement and the communities they serve to reduce violent crime and make our neighborhoods safer for everyone.  Project Safe Neighborhoods (PSN) is the centerpiece of the Department of Justice’s violent crime reduction efforts.  PSN is an evidence-based program proven to be effective at reducing violent crime. Through PSN, a broad spectrum of stakeholders work together to identify the most pressing violent crime problems in the community and develop comprehensive solutions to address them. As part of this strategy, PSN focuses enforcement efforts on the most violent offenders and partners with locally based prevention and reentry programs for lasting reductions in crime.

United States Attorney Robert K. Hur commended the FBI and the Baltimore Police Department for their work in the investigation.  Mr. Hur thanked Assistant U.S. Attorneys Paul A. Riley and Daniel A. Loveland, Jr., who are prosecuting the case.

Want to get notified whenever we write about U.S. Attorney's Office for the District of Maryland ?

Sign-up Next time we write about U.S. Attorney's Office for the District of Maryland, we'll email you a link to the story. You may edit your settings or unsubscribe at any time.

U.S. Attorney's Office for the District of Maryland